Ed Cain is a sophomore at Occidental College, majoring in Diplomacy and World Affairs. He volunteered his time teaching English at Casa Chapi this summer. He recalls the children of Casa Chapi as inquisitive, engaged, and mature. Read about his experience in his own words:

My experience at Casa Chapi Arequipa and Casa Chapi Chivay was like no other. For me, being able to combine multiple skills that I learned at school 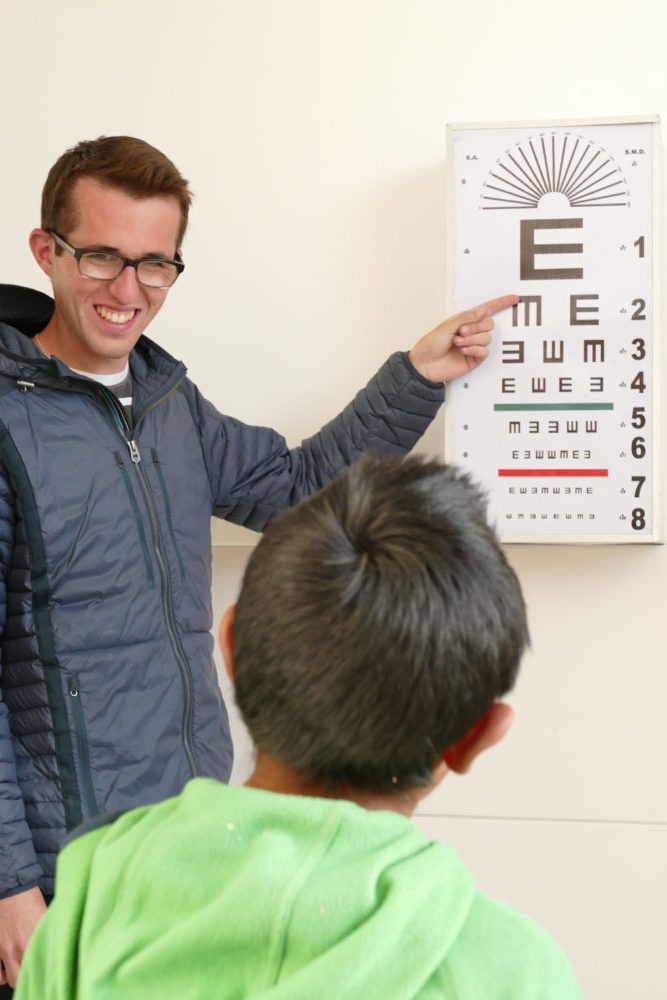 in a real life environment made my experience unforgettable. Being a tourist in Peru is one thing, but living and interacting with these kids gave me a whole new perspective. I felt like an integral part in the development of Quechua Benefit as an organization, and more importantly, in the lives of children at both Casa Chapi Chivay and Arequipa.

Every evening at dinner, the kids in Arequipa would bombard me with questions about all aspects of life back in the US – everything from cars to celebrities, sports, travel, school, and even the architecture. They were particularly interested with the architecture in the U.S. Houses in the Peruvian highlands are one or two levels and made out of concrete or stone. The concept of high-rises and skyscrapers were totally foreign to the children. They looked on their iPads to discover what were the tallest buildings on earth and how they were made. To me, this encapsulates the attitudes of the kids in Arequipa. They are adventurous learners who are eager to expand their horizons and learn about the world outside Peru.

The kids at Casa Chapi were much the same way, but rather than take a deeper dive into the cultural aspects of the world around them, they wanted to learn English. Thus began my role as the walking Spanish to English dictionary. The kids would come up to me during their recess and ask me “Tio Ed, como se dice _____” which translates to “Mr. Ed how do you say_____.” It wasn’t just one brave kid who would come up to me during these breaks, it would be a cluster of about 5-15 of them all with questions about how do you stay certain words in English. They would ask about everything… birds, names, colors, shapes, animals, and common objects in their day-to-day life.

On top of that, I was teaching basic English, which entailed learning numbers, shapes, colors, animals, common phrases, etc. After I was done with a lesson, there would always be two or three kids who would stay behind and give me a list of words that they wanted to know. What stuck with me about these kids was that they were actually invested in learning English; they weren’t going through the motions because they had to. They truly wanted to better themselves and their skill set.

Some of the children come into Casa Chapi only speaking Quechua. Not only do they have to learn Spanish, but for those same kids to express interest in also learning English demonstrates their inquisitive nature. To me, the eagerness they showed at the daunting task of learning a third language was extraordinary.

The maturity that the kids showed at all times impressed me, because they understand the opportunity they have being in a place where they don’t have to worry about things beyond just being kids. The children at Casa Chapi were constantly engaged in learning, and even more engaged in enjoying every opportunity that came their way.